I'm a builder, an installer, and a recovery tech; I also rebuild old laptops and PC's. I've installed Linux Distros on new & old PCs (towers & SFFs) and laptops; mostly on NUC Kits because they are sold without a proprietary operating system (OS) baked in. Even many older Android phones can now be changed to Lineage OS. But this side gig depends on people Not following the advice presented herein.
This one page fully absorbed will equal a 3-credit college tech course. Unfortunately, the TLDR / TLCR simpletons can barely make it through 160-characters, let alone do research or gain any level of knowledge that they don't copy-paste or parrot from others. They function as simpletons who think they are smart, until something fails, and only then do they appeal to the researchers for help. It's the most frequent topic in private emails I get.
After many trials and errors over the last near-decade, along with tens of thousands of posts at the praise & worship site called Reddit, as well as other tech forums, a clear pattern emerged. It is a daily non-stop issue. In fact, with so many such posts at tech sub-Reddits, such as LinuxMint, but most prominently at Linux4noobs, they should just rename the Linux4noobs sub-Reddit ...
The Curse of Dual-Booting!   All the times I've seen-read-hear about problems concerning a Linux OS (from among the stable LTS Ubuntu derivatives), it is almost always set-up where the unit is first formatted in the NTFS proprietary standard, and then someone attempts a dual-boot Linux, with two formats partitioned on one drive: NTFS & Ext4: Not good! Watch this Utube: Why I Don't Dual-Boot Linux & Windows! 🎥
And why do so anyway? Why are millions of Mac users, not joining all the Linux sub-Reddit's trying to dual-boot Linux with Mac, or, trying to explain why not to do so? Simple! They are satisfied with macOS and thus, not even seeking alternatives. Why even consider Linux if Windows is so superior? If it works for you, just stay with it: If it works don't fix it (KISS)! But older Mac units do run UD's well, and that's from an installers point of view; I've done many and they all still work flawlessly (don't own one myself though).
But Windows is expensive because it's complex and overbuilt (layered) over decades; the goal for Microsucks was to keep their thousand techs busy, and for decades, hoping to make the ultimate personal PC experience. Conversely, Linux is simple and built by only a fraction of people-time. Do not expect Linux to be Windows renamed. It's analogous to complaining at a Ford dealer why their cars don't look & function like a Honda; would it not just be easier to go to a Honda dealer?
In the early days of Linux for PC (already dominating the Server market), problems with motherboard components would cause many glitches, driving frustrated people back to Windows. Even now, there are conflicts that arise from non-Intel components; this is because, since the beginning, all Ubuntu-Debian operating systems were built around Intel ME component integration; the BIOS marriage of the CPU, Graphics, WiFi, Ethernet, Bluetooth, and so on.
Assemblers (Lenovo, Dell, HP, etc.) tried money-saving efforts, via a mix-&-match of different branded components, all of which were co-designed by the (almost) only PC-market OS at the time: Windows. Even then, conflicts occurred, and were resolved (updates) as they appeared. For the poor little kid on the block (Linux), trying to build an OS in this ever-changing and competitive market, proved a challenge. But as new techies with Open Source aspirations entered the arena things changed fast; hence the Debian family.
In personal computing, a platform is the basic hardware (PC) and software (OS) that platform-specific software applications run on, within the MP system. Computers use specific central processing units (CPUs) that are designed to run specific machine language code (see µarch). Even the file systems are exclusive (NTFS & APFS) and designed (covertly) to cause cross-contamination with each other; the exception being Ext4 which is Open Source. That is why there's so many confirmed glitches with Linux on file system maps other than exclusively Ext4. Thankfully, Microsoft has called a truce in its cold war with Linux (or have they :-).

Click to enlarge image (X top-right to close it). All data stored on any motherboard, is not limited to the RAM or the HDD/SSD. There has to be technical data (code) stored on non-removable chips, so that the many systems on the board can communicate with one another. But this is also why, for one example, a user of a PC/laptop that came with a Windows OS baked on it, can reinstate Windows, even if the user were to remove the RAM and SSD, install brand new ones, and then install a Linux Distro onto it.
They can later get their Windows OS back, because Microsucks has code -- including the license but obviously more than that -- embedded in chips that cannot be removed and are not accessible by any end-user. It is in there, and for the life of that unit, and cannot be altered or erased by an end-user. The only way to avoid this is to buy separate components that have never been inside of a Microsucks or CrApple tech lab, or purchased wholesale by a retailer that modifies them via a proprietary OEM install for a markup resell. Build your own system with all factory-raw components; that is, with no installed OS. How? Keep reading!
Simply put, if you were a mega-corporation investing big-time into PC/laptop manufacturers to host your prized and monetized OS, why would you then make it easy for any other tech entity or an end-user, to simply erase your OS and all other footprints, to install another? They depend upon their OS for their 2nd largest business venture; data mining! That's where the subsidies come from.
Therefore, it makes more business sense to simply write code into the chips, which will make another OS glitch, or just not function optimally (covertly; plausible deniability), thus frustrating the end-user until they surrender and reinstall Windows. Microsucks heavily influences motherboard components, especially of the smaller producers, and that would be any who are Not Intel! Intel does not bend to the will of Microsucks because they sell components to others beside Microsucks for their personal & business market (i.e. a massive Server market).
This is not conspiratorialism; this is capitalism! Logic thus dictates that there will be many odd glitches reported, whenever any Open Source anything, is trying to marry itself to anything from Microsucks or CrApple; it is always an unwanted wedding when it's the poor trying to marry into the rich!
Still, all this does not mean that only a Linux-to-Windows dual-boot system has problems, it just means that the vast majority of units with problems or just glitches; that is their situation: Coincidence? Doubtful! Therefore I do not recommend it. Recently, it is at the boot-loader (grub) stage where problems arise, but also with BT & WiFi chip conflicts, and graphics cards like AMD and Nvidia drivers, and so on: motherboard components. This is because there's more going on than a simple Hard Drive partition, where a unit boots and everything works, just because it is on a separate partition & format.
But that's what the untrained know-it-all advice peddlers want you to believe. They're not financially accountable to you when their anonymous "advise" harms your system; they never back-up their BS with $! No one ever showed up to a meet with cash to support their claims or debunk mine (cash talks & BS walks; put-up or shut-up; put your money where your mouth is). Why? Bullshitters want to sound smart but not get caught in stupid! Naturally they're angered by those who challenge them; hence the hate-fest they need and relish in.

Warning: Do not apply any tech advice given by online trolls (White Angry Young Unpleasant Males, or WAYUMs), who are online with fake profiles, or made-up accounts, or without their real names, and thus they could even be foreign hacks who'd lie about it; frauds nevertheless, who avoid accountability, and covert so they can gang up on you, or otherwise attack & hurt others from behind the shield of anonymity: It's why they're online! Hence the popularity of all the query bait sub-Reddits. They are platforms designed to expel the rage within the enraged.

Disclaimer: Everything I share online, anywhere, is meant to educate and encourage, because I Love people and hope to be a positive force, even when it hurts. Plus, the honor is to serve: I monetize nothing online. A person who won't read has no advantage over one who can't (Twain)! Those who don't share what they know, it dies with them (Me)! One axiom I've honored since 1975: Never go where you're not wanted! In the digital world the same applies. Any hint that I'm not welcome and I'm gone. My goal is not guilt or disparagement, but fun & joy in genuine unity, whenever I am blessed to receive that. If I offend anyone anytime, it's not intentional. 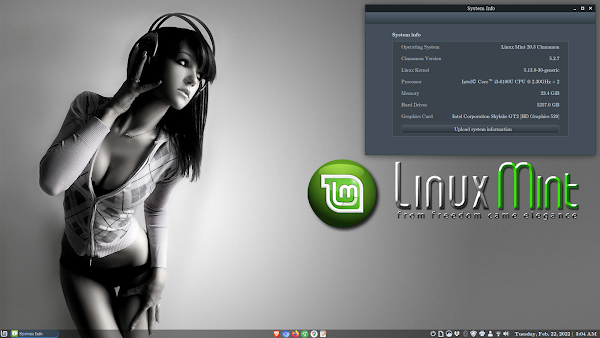 These are more about the tech ecosystem itself!